Resignation over Goodson verdict, and the larger problems raised by death of Freddie Gray 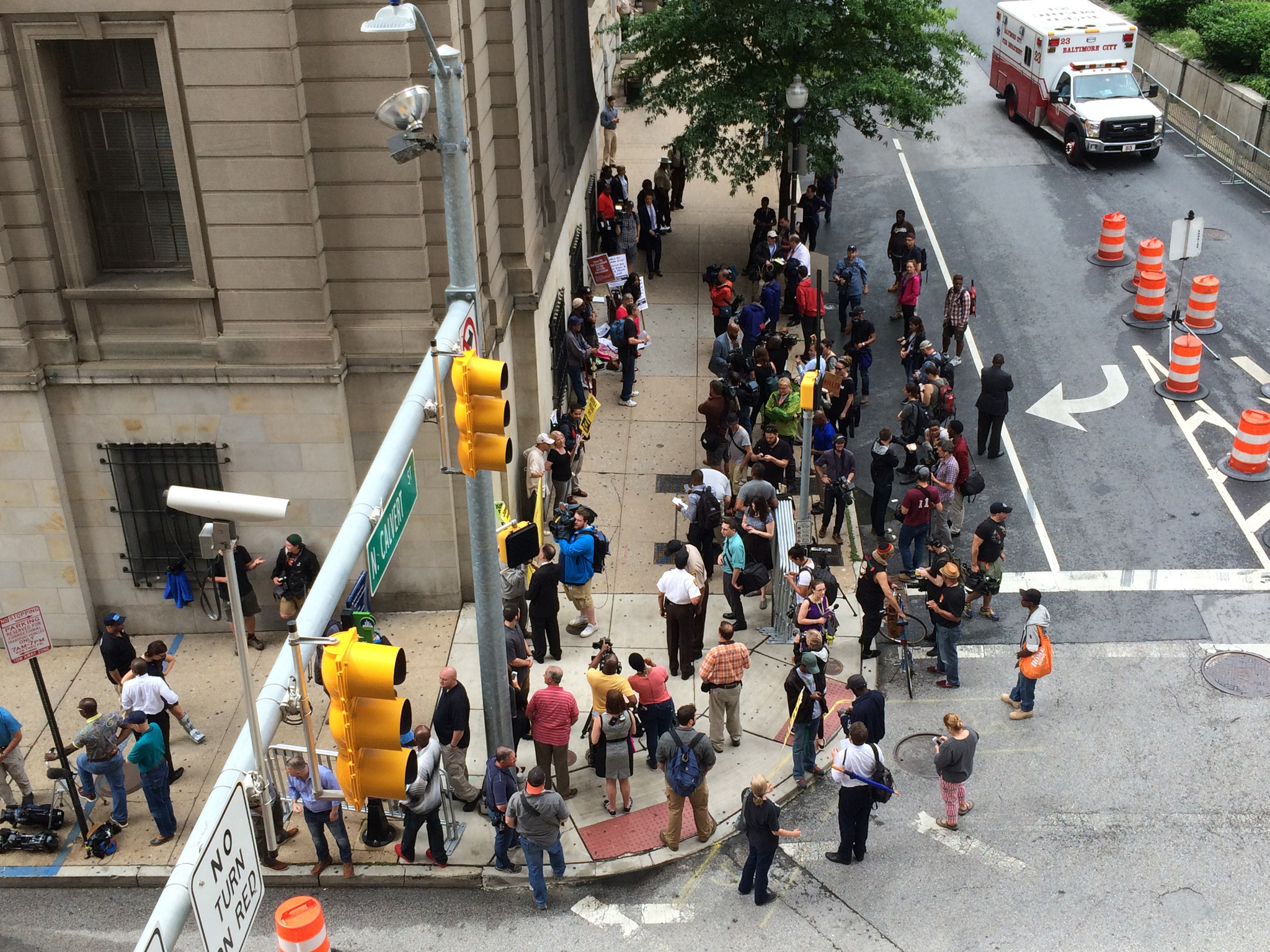 I texted my cousin shortly after the verdict was read. I asked him what the mood of the people was in the streets, how folks were feeling, was anything going on. He replied: “streets are quiet, we knew the verdicts last year.”

Later, I read the article linked above. My cousin isn’t the only one who felt the same way. Everyday folks interviewed on WBAL Radio were saying the same thing.

It’s part of a larger notion of powerlessness. Check the election turnout numbers for years in Baltimore. Many just don’t participate. They feel like nothing’s going to happen for them through politics. You wonder why some would take things as far last year as they did? They don’t feel like they have any other voice.

Whether the state whiffed completely, there are going to be people who want to know how Freddie Gray could be put into the police van and come out almost dead on the other end and nobody is going to be held responsible.

The lawyers on the radio were explaining how there’s a difference between that which happened being a criminal matter vs. being a civil matter. All of that may be true and accurate, but most people around town aren’t lawyers. All they know is Freddie Gray went in and came out almost dead and nobody is so far being held responsible for this violence. Just like other times in the City’s recent history.

Can anybody blame them for feeling like the criminal justice system overall, isn’t for them?

When the City is about to essentially take out a half a billion dollar or more loan to build up Port Covington, but people don’t see any changes or development going on in their neighborhood, it’s easy to see why they would give up on participating in the system. What’s the point of calling up City Hall when you’re not a developer and they seem like the only ones who can get anything changed?

Baltimore really needs some wins. Not ones that are going to cost $535M in taxpayer-backed money, but Baltimore needs some big, high profile wins. Outside of Downtown or Harbor East. In the “real” Baltimore.

Not for outsiders who won’t think Baltimore’s anything anyway, but for the people there who you can maybe make give a damn or better, feel like they have some kind of ownership.

The O’s are in first place with the All Star Break around the corner, but while an O’s World Series win would be big, that’s not what Baltimore needs. The Ravens have had two Super Bowl wins in the last 15 calendar years and while those were edifying to the community psyche, those weren’t enough and won’t be enough now. They’ll play a role if they happen, but more needs to happen.

The Red Line could have played a part, but that’s gone now and besides, I’m not sure how well the powers-that-be made the case for how good the line could have been for communities along its flanks. MTA is about to begin holding community workshops about the replacement BaltimoreLink bus plan, but is that even a worthy substitute for everything the Red Line maybe could have done, had it been given the chance to succeed as light rail has done in other cities? Maybe it will. For the sake of the City, I hope it does because I don’t think they’ll ever build the Red Line or anything like it. Definitely not during my lifetime, if it does.

Suffice it to say, this is the kind of thing Baltimore needs. And it needs a bunch of them.

Otherwise, people who don’t live or work or play in places like Harbor Point or Port Covington will continue to feel isolated and hurt and that at best, the city doesn’t care about them or that worst, the city is outright hostile to them.

The city needs to show that it’s committed to justice and fairness for all of its residents. Catherine Pugh is going to be Mayor, everybody knows it. She needs to lead in that way or else years from now, we’ll be even more generations into the kind of apathy and disenfranchisement that’s helped to get Baltimore into the position that it’s in now.